The Highway Code and road safety experts strongly suggest that all riders, and their pillion passengers, always wear suitable protective clothing while on the road on motorcycles, even if it is you are only going out for a short distance.  If you are involved in any accident while riding your bike, wearing protective clothing will help save you from serious injuries, or even death – even at slow speeds. 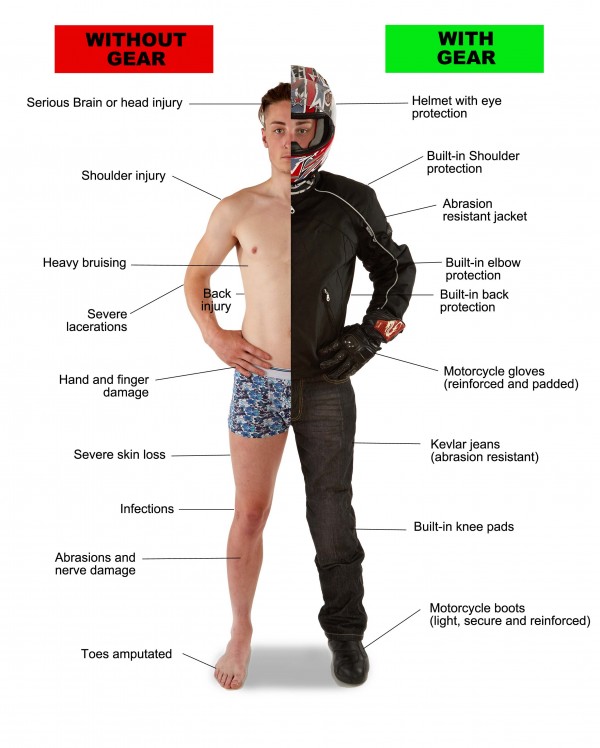 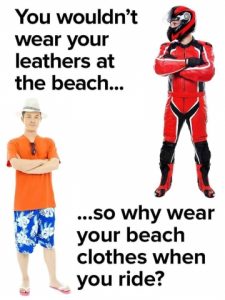 Some riders often prefer not to wear the appropriate protective clothing, particularly during the hot summer months, protective clothing can sometimes become cumbersome and often uncomfortable so it is understandable that some choose to ride in shorts and T-shirts if only to stay cool, but being injured in a fall is definitely not cool at all..  Most accident statistics suggest that it is the head, legs, and arms of a rider are most likely to be injured in a collision.

The UK currently has no law in place around wearing protective gear while riding a bike. The only piece of protective equipment any rider or pillion passenger must wear, by law, is a type approved helmet and if using a visor or goggles it must also be of an approved type.  It is worth noting that some insurance companies now make a decision to refuse any pay out in an accident claim if you aren’t wearing the appropriate attire as some see not wearing protective clothing as negligence on your part.

When wearing suitable clothing, motorcyclists are not only taking steps to protect themselves from injury in a collision or crash, but also protection from the elements such as sun exposure or small debris as riding in bare sleeves or shorts can mean you are open to severe sunburn (cold air from riding can hide the warning signs) as well as cuts or bruises from insect strikes (a sudden bee or wasp sting may also make you lose control of the bike) you are also opening yourself up to flesh wounds and such from debris like stones, thorns or even broken glass being flicked up from the tyres of other road users. 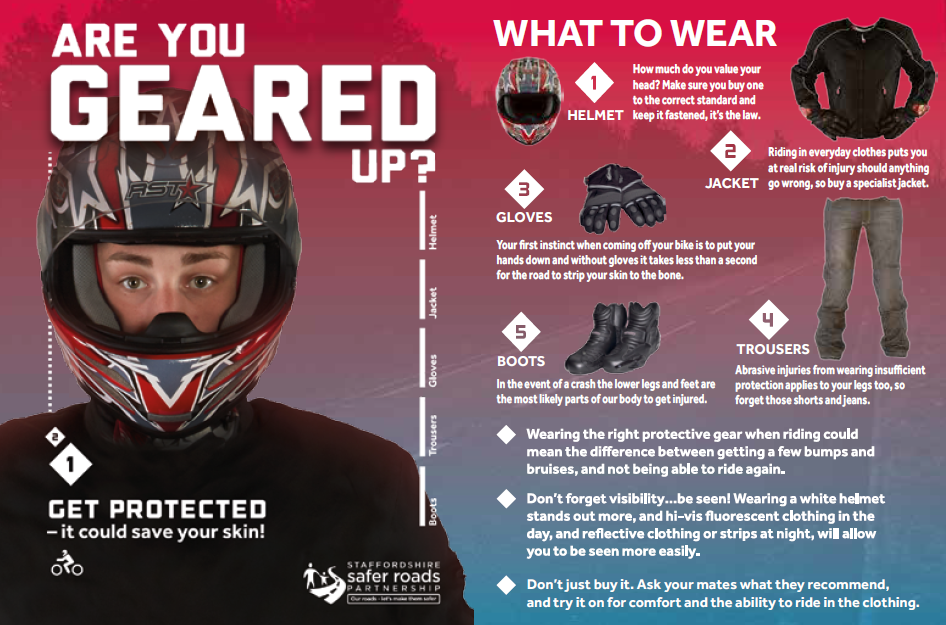 It is also worth a mention that the use of reflective clothing or hi-vis could be useful in enhancing the rider’s visibility to other motorists on the roads and it would be an idea to always wear reflective clothing if doing a lot of riding at night or on major roads.