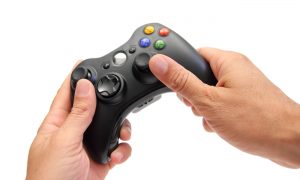 Winter is dragging it’s heels a little this year & the biking season is just about to begin for another year, however if you need your biking fix & can’t wait for the bike season to get into full flow, but also like the warmth & your comfy chair while it’s cold, the best plan is probably to play a bike simulator or racing game on your PC, games console or even your smart phone or tablet.  Plus you can ride without the risk of becoming injured if you fall off, games are a decent alternative.

You may have your own particular favourite or have an opinion or your own list of best bike games you have played in the last 20 years, but i’ve included a few of my favourites.  Why not send a list of your own, or suggest an addition.

Road Rash
Road Rash first came along in the early 1990s on home consoles & gets its name from the severe burnt skin riders get when making contact with the asphalt. This motorcycle racing title is all about trying to knock your opponents off their bikes in what are essentially street races with a fun factor.  The enhanced 32 bit version includes a superb soundtrack featuring bands like Soundgarden & some decent video clips as cut scenes which can be viewed on YouTube if you have only ever played the 16 bit version.

Ride
If you have ever played the FORZA motorsport games the gameplay & controls of Ride are very similar, essentially it’s FORZA with bikes instead of cars.   The player starts the game using light weight bikes to wins trophies & coins then you can buy more advanced models and even customize them. The circuits in the game are represented by real-life tracks.  The PC versions of the game require a high specification machine but a console version is also available of the original game on Xbox 360

MotoGP series
Another title based on real life competition, MotoGP is essentially the FIFA soccer of bike racing games with updates of  games released annually with the year added to the end of the title.  Each year the game features newer enhancements & the updated rider line-up but the aim of the game remains the same in which the player can choose to ride as the majority of the contestants from that year and can participate in a full season. The game is available on PC & many home consoles. Many of the older versions such as MotoGP 08 are still very playable today & can be picked for just a couple of quid in many second hand game shops or high street retailers that sell pre-owned games.

GP500
The original GP500 was released in 1999 as a representation of the 1998 Grand Prix motorcycle racing season. Even now, it is still popular following development of an add-on which some call the track day add-on pack & there is also an online store where you can download new bikes & upload new models, which opens up new bikes, track changes & new gameplay keeping the game up to date.. The game features the 1998 Grand Prix season so you can race with the likes of Mick Doohan and Max Biaggi.

Motocross Madness 2
The game may now be showing it’s age but it still has a lot of followers who are campaigning to get the developers to release updates or a new version, or even console ports as the game was one of the earliest bike sims with online game modes so you could play against friends online.  If you are into dirt biking & like your games the chances are that you have played this game already & have considered loading up the game again.. the game isn’t compatible with Windows 10, mainly due to the high specification of modern PC hardware graphics hardware but there are people who have developed a solution to get the game running on newer PC’s by essentially slowing down the graphics & tricking the game to think it is running an older graphics card so it loads.

Traffic rider
This is a game for smartphones & well worth a play.  According to the Google Play store description: Traffic Rider takes the endless racing genre to a whole new level by adding a full career mode, first person view perspective, better graphics and real life recorded bike sounds. The essence of smooth arcade racing is still there but in the shell of the next generation. Ride your bike in the endless highway roads overtaking the traffic, upgrade and buy new bikes to beat the missions in career mode.

Of course, although it’s not a game, you can download the Biker Jack app for your smartphone.