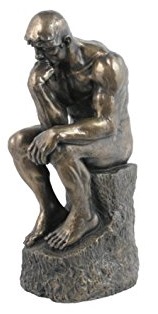 You may be someone youthful with an interest in bikes but hasn’t got a license yet or perhaps you let things like the job, marriage, kids etc get in front of the bike dream, for a few years & you want to take up biking now you are older.  If you are pondering the idea or know someone who may be, then read on.

There are pros & cons in both car driving & bike riding – we know this.  For instance, when is the last time you went out in the car just to go for a drive? This is something bikers do quite often, just jumping on the bike & riding into the sunset & then returning home with no particular destination or purpose in mind other than to enjoy a few select hours on the bike.  Nothing can better than sense of freedom, the downside is you can’t take the wife & kids along unless you have a sidecar & in some cases the car would be an advantage (you can’t fit a babyseat on a bike for example) if you wanted to take the family out for a weekend or evening drive just for the heck of it.

The obvious advantages of being older & more mature is that it’s possible your mum & dad wouldn’t let you have a bike when you were 17 but now you as an older, more mature adult can, so you are probably seriously giving the bike a lot of thought.  There is always the debate, that age old statement “bikes are dangerous” & we could be here or anywhere else discussing this topic for hours & still not resolve the argument one way or the other. The fact is a bike is no more dangerous than anything else, what makes it dangerous is not being able to control it properly & being sensible. 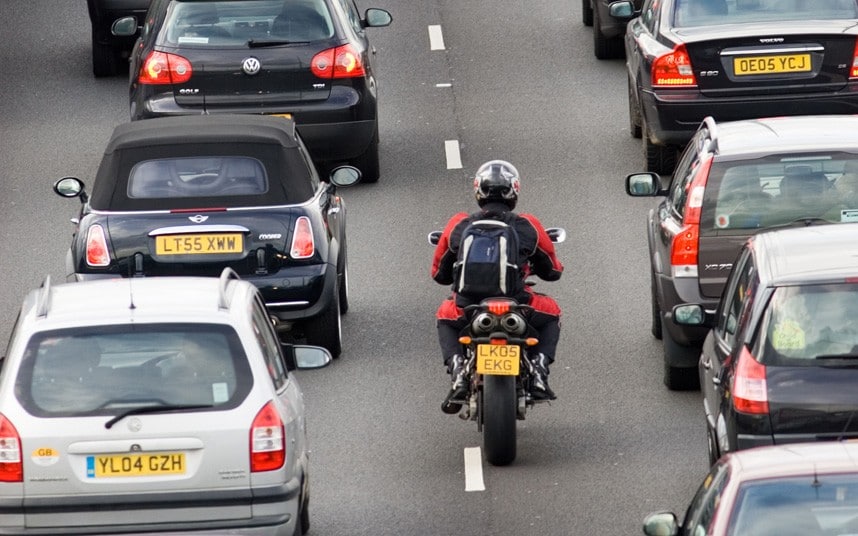 A lot of people take a bike as a form of commuting or simply transport to work & there are numerous advantages.  For instance, take a look next time you go to work how many cars have passengers or more to the point how many have people in the back seats, in an average journey to work you could probably count on one hand how many cars had more than one occupant & because a car takes up a lot of room on the roads & more people are on the roads that means congestion as the majority of cars on the morning commute have only one occupant – the driver! The other big plus is it is generally cheaper. OK you would have the expense of buying a motorbike & all the gear such as leathers, a crash helmet etc but road tax is usually lower, a cost saving in the fuel as you are not sitting for prolonged periods burning fuel & of course insurance costs as a small motorcycle is a lot cheaper to insure than a small car. 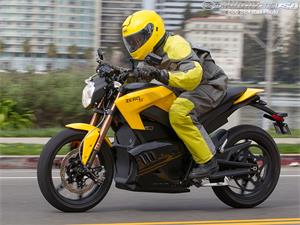 It is often said that if 1 in 3 took a bike out in the rush hour, congestion would drop by at least 30% & road speeds (as in less sitting in queues & jams) would also increase by over a third, plus the journey would be faster on a bike – even keeping legally within the speed limits & well within highway code rules – as you wouldn’t have to sit in the traffic so could file across the gaps between the cars & buses that are at a standstill. so it makes sense to take a bike to work.  Also it helps reduce congestion so emissions would also fall plus a greater fall off as a result of the improved traffic flow.  When it comes to congestion, on an open road a motorcycle uses the same space as a car, but as the traffic comes to a standstill it drops as a bike can fill the space of 3 cars if set side-by side, where the bikes are filtering through stationary cars they are effectively using no road space, or at least none that’s contributing to congestion. 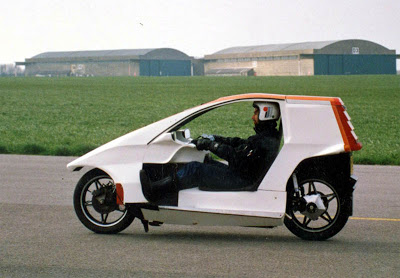 The downside to bike riding or using a bike to commute is that of course you won’t have a heater to keep you warm on a cold day or have the advantages of a cocoon or a bodyshell to keep you dry in the rain or the snow (unless you own a Quasar motorcycle as pictured). Winter is coming & there is nothing worse than feeling the cold. The other downside is you’re limited to what you can carry. You could probably manage a briefcase, a laptop or a basic toolkit etc in a backpack but anything other than that if you need to carry specialist tools or office supplies etc you’d need to fit luggage capabilities such as panniers & a top box, but even then you are probably limited to how much you can take & if you take something considerably heavy it can make the bike unstable.   Even so for most of us, it’s nothing that a set of warm clothes, proper riding attire, a rucksack & some waterproofing couldn’t overcome. Maybe a change of clothes to change into is all you need to carry, plus of course your sandwiches for lunch. A couple of minutes with your hands under the hot air hand dryer in the toilets will soon thaw out the fingertips. 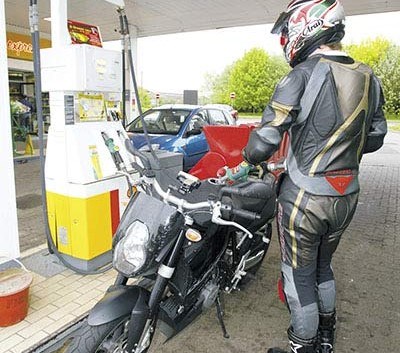 Unlike a bus journey you are free to come & go as you please, so no sitting in a crowded bus or having to wait on cold mornings for a bus to arrive, you just turn the ignition on, hit the starter & go, which could mean a few valuable extra moments in bed.  Besides, why stick to the route on the journey home, take a more scenic diversion if the weather is nice & take in the sights & be generally less stressed.

When it comes to fuel on a bike, not only do you save by spending less time in the traffic, wasting valuable petrol, you may also find that your bike will be more economical than a car so fuel savings soon overcome the outlay of buying a bike.  Also remember that if more of us are taking a bike to work, it’s reducing congestion considerably…  so next time you are sitting in your car in heavy traffic, just remember those bike riders wriggling past you in the traffic are not only saving themselves time and money, they’re also saving it for car drivers, as well as cutting emissions,  move over and let them through, or better still, get on a bike yourself.  You’ll arrive at your destination sooner, and generally less stressed if you did.